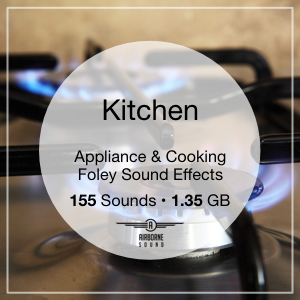 Rummage through a collection of 155 kitchen sound effects. Includes everything you need to craft a tasty domestic sound clip landscape: cutlery, cans, bottles to appliances, doors, and drawers. Feast on cooking, cleaning, pouring, and food and drink.

Note: All product and company names are trademarks™ of their respective holders. Use of them does not imply any affiliation or endorsement by them.