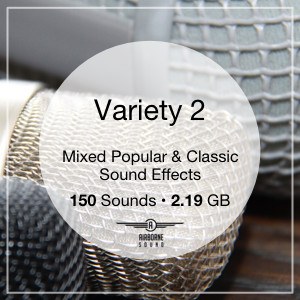 A bundle of mixed household, ambient, vehicle, and construction sound fx. Highlights of this starter sound library include babies, bones, brooks, cars, thunder, fireworks, and much much more.

Note: All product and company names are trademarks™ of their respective holders. Use of them does not imply any affiliation or endorsement by them.